If you are travelling south from Tana down the RN7, you have to stop at Ranomafana National Park, a popular stop on most Madagascar itineraries.  There are two roads in from the RN7: the tarmac RN45 road just north of Fianarantsoa or the RN25 which is mostly a dirt track. They are of a similar distance and while the RN25 is the more scenic route that passes by small villages, I don't think that this is the route the majority of tourists take; the locals watched in awe as we drove by and the road is extremely bumpy, taking far longer to travel across. It took us several hours for us to travel about 20km to reach Ranomafana. Also, bear in mind that there is a man in a little hut at the entrance of the road who stops vehicles passing through, takes down their registration number and asks for money. This is not an official guide from the National Park and if he tries to stop you, just pretend you don't understand him or wave at him and keep driving. In Madagascar, you should not stop your car for anyone unless it's a policeman. 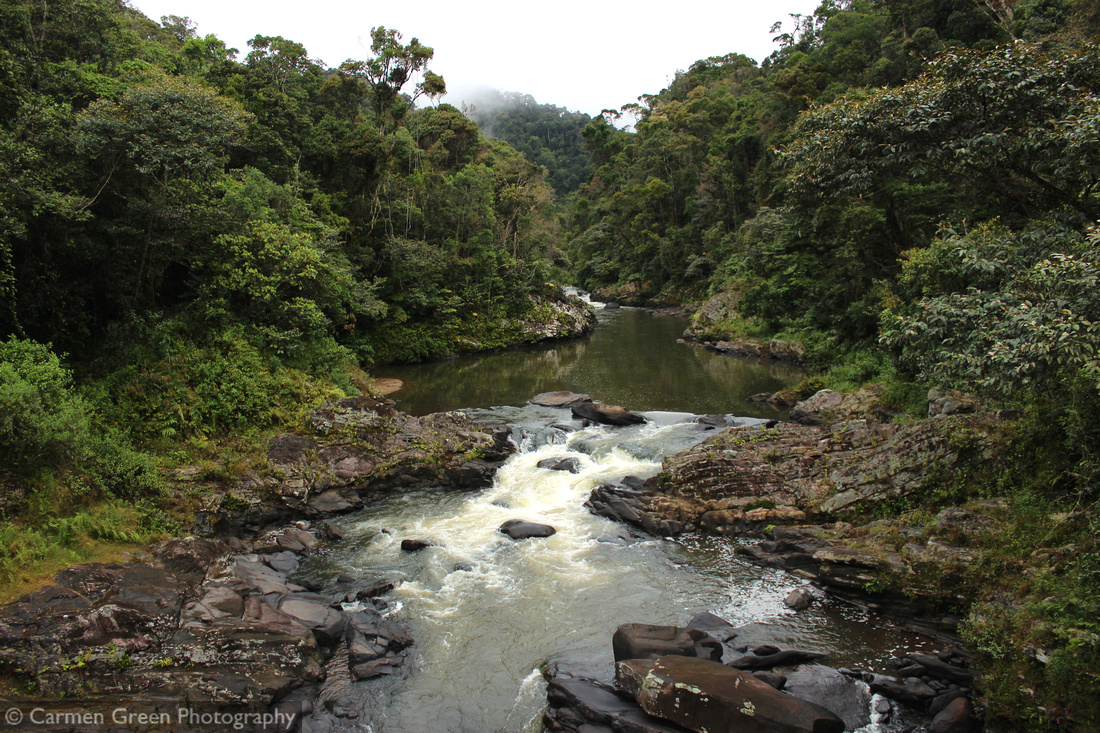 The town of Ranomafana was originally popular due to its thermal baths (the name Ranomafana iterally means 'hot water') but nowadays the main attraction is the National Park. Created in 1991 to protect two species of bamboo lemur in particular (the golden bamboo and greater bamboo lemur, the latter only just discovered by Dr Patricia Wright in 1986), the park covers a large area (approximately 400km2) and comprises mountains covered in both primary and secondary rainforest with various streams and waterfalls leading down to the Namorona River. Ranomafana National Park is fantastic for all wildlife, not just bamboo lemurs, with an additional 10 species of lemur found there, over 100 species of bird as well as chameleons, leaf-tailed geckos, giraffe-necked weevils, frogs and a diversity of plants such as orchids, palms, ferns and bamboo. On a typical hike, you are likely to see three to five species of lemur. We totalled six species of lemur over two days; not bad out of the 12 species that can be found there! As for accommodation, Setam Lodge is a great place to stay; it has stunning views of the rainforest and is the closest hotel to the National Park entrance (only a 15 minute walk) whereas most hotels in the area are a short drive away. Ensure to book in advance though as this hotel is very popular. 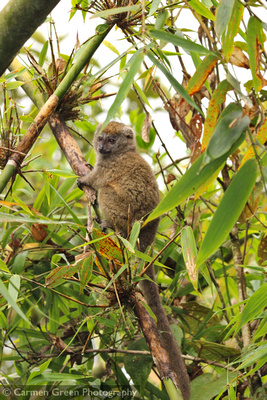 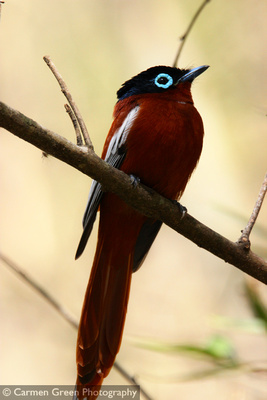 The park entrance can be found off of the main RN25 road about 6km from the town. Guides tend to wait at the entrance along the road and escort you into the ticket office. There are some photos and general information here as well as toilets and a small gift shop which sells locally produced crafts. There are multiple trails to choose from ranging from an hour or two to a full days hike. We went for a modest 6 hour hike which covered a good amount of the rainforest with plenty of wildlife-watching opportunities. All guides also come with a spotter who's job is to go on ahead to find the animals and direct the guide towards them. Not long after entering the rainforest we saw red-fronted brown lemurs and then a group of golden bamboo lemurs shortly after (one of the key species at this National Park). These were snuggled up at the top of a tree peering down at us. Then, just a few minutes away from this sleepy group, we stumbled upon a group of active and very cute grey bamboo lemurs who were playfully jumping through the trees and feeding upon bamboo. We were also really lucky to see a couple of black and white ruffed lemurs later on in the day, a species that I had not seen in Madagascar previously but was fortunate to see on two occasions on this trip! Other species we encountered within the park included a range of birds: Madagascar magpie robin, Nelicourvi weaver, souimanga sunbird, red-tailed vanga, Madagascar paradise flycatcher and common sunbird asity as well as satanic leaf-tailed geckos and chameleons. We ended the day's hike at the top of the National Park where there is a great lookout point with benches where you can sit and enjoy the beautiful scenery before heading back down the steps, across the river and outside the park. When we visited the following day, we were fortunate to bump into our guide from the first day. Although he already had tourists that day, he explained to our new guide all the species we had already seen and the route that we had taken the previous day which therefore meant we were taken on an entirely different and slightly more challenging route. Our guide and spotter were very good that day and determined to find as many new species for us as possible. We had only been within the rainforest for about 10 minutes and already they had pointed out a group of Milne-Edward's sifaka feeding and leaping through the trees where we got really great views. This was followed by a number of new bird species such as Madagascar blue vanga, Tylas vanga and Madagascar cuckooshrike. We even heard calls from the attractive pitta-like ground roller. However this species was very elusive and we were unable to locate it. Then, we realised that we hadn't seen our spotter for well over an hour and realised that this was because he was trying really hard to locate red-bellied lemurs, a species that is fairly difficult to find as they spend a lot of the day sleeping high up in the trees and are therefore hard to spot. However, we were successful! Just as we were heading back down to the entrance, our spotter called us over and pointed high up into the trees where we saw three red-bellied lemurs asleep on a branch. A really good end to our time in the National Park! If you have some more time in the area, there are several other things to do aside from hiking in the National Park. Just outside the park entrance is the research station Centre ValBio which is run by the Stony Brook University in New York. If you are particularly interested in their biodiversity research, you are able to take a tour around the building or attend one of the evening lectures that take place regularly throughout the week.

You can also carry out night walks along the roadside either with a guide from the National Park, or by yourselves if you remember to bring bright enough torches. As with all National Parks in the country, you are not permitted to enter at night, hence why all night walks are carried out along the road. Nevertheless you will still have the opportunity to see a variety of nocturnal species such as frogs, chameleons, insects and even a mouse lemur if you are lucky.

Within the town of Ranomafana itself, there isn't too much to do other than visit the thermal baths. This is located over the small suspension bridge that crosses the Namorona River, just past Hotel Thermal Ranomafana. The place was quite crowded when we went and is particularly popular with the locals and other Malagasy (mostly from the capital) on their travels and you will find that actually, few tourists visit and even fewer enter the hot springs. This didn't stop my partner though who went straight into the pool for a refreshing soak and was the only vazaha (Malagasy for white person/ foreigner) in the pool at the time.  If you have some spare time and want to relax a little after hiking in the rainforest, this is the ideal place to go, even if you just want to have a wander along the river or sit down on a bench and take in the views. The town of Ranomafana

If you are travelling around Madagascar, Ranomafana National Park really is the one place that you have to visit; you cannot leave the country without going! I cannot emphasise enough how amazing this wildlife haven is and you'll only understand once you have visited for yourself. Try to set aside at least 3 nights for visiting. I hope you have a fantastic time and enjoy wonderful wildlife encounters like we did!