A day trip into Bosnia from Dubrovnik

A great thing about the location of Dubrovnik is that it is so close to several other countries, namely Montenegro and Bosnia & Herzegovina. While you're visiting Dubrovnik, I would certainly recommend a day trip into Bosnia. From where we stayed in Soline, the Ivanica Border Crossing was only a 15 minute drive away. Just don't forget to bring your passport and, if you are hiring a vehicle, make sure the rental car company are aware that you will be entering another country so that you will have all the documentation that you will need at the border crossing (there will be an additional fee for this). While I had read previously that there can be long waits at the border crossing, when we arrived late morning, we went through fairly quickly (under 10 minutes). Alternatively, if you do not have a hire car, it is possible to take the bus from Dubrovnik into Bosnia and there are regular buses that will take you into Mostar, the main place to visit in Bosnia & Herzegovina.

An approximately 2 hour drive from the border crossing, passing by mountains and pleasant countryside, Mostar is a lovely city full of history and most famously known for the iconic UNESCO-designated Old Bridge (Stari Most) that straddles the River Neretva. It was built in 1566 during the Ottoman occupation until it's destruction during the war in Bosnia & Herzegovina in 1993. However, it has since been reconstructed exactly as it was and is probably the most population attraction in Mostar. Walk across and all around the bridge to admire it from different angles. Head down in the afternoon and stand at the bottom of this bridge and watch locals diving off of the bridge into the river below, an old tradition at this city. They create quite a crowd and a lot of noise as they build themselves up for their 24 metre drop down. 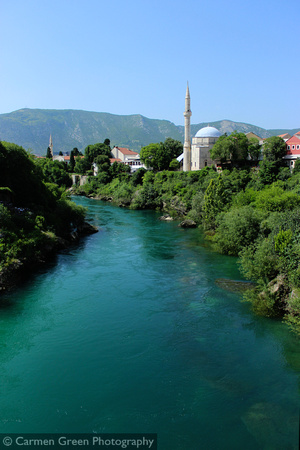 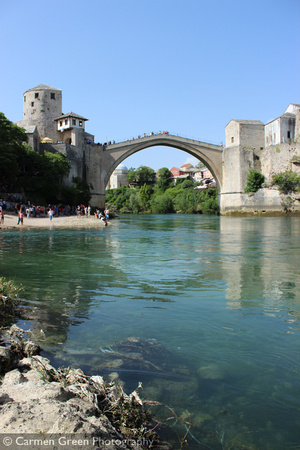 Stari Most (Old Bridge) at Mostar

Given the history of the city of Mostar, and the very recent war here, there are several museums that you can visit including the War Photo Exhibition, Museum of War and Genocide Victims and Old Bridge Museum. The latter is located at the eastern end of the bridge, where you can go up and get a bird's-eye view of the bridge. There are also several mosques in close proximity that you can visit. A short walk away from the main hustle and bustle at Stari Most is the Crooked bridge, a smaller version of the Old Bridge that crosses the small Radobolja River. This bridge was built as a test model prior to the construction of the more famous Old Bridge.

The city of Mostar is definitely growing in popularity, probably due to the fact that it is so close to Dubrovnik, therefore, expect to see quite a lot of tour groups also visiting. Consequently though, there are plenty of places to stay, eat and shop. The Old Bazaar is the go to place if you enjoy shopping and you can buy a range of items including colourful fabrics, clothing, bags and jewellery at bargain prices, just prepare to haggle a little!

After visiting Mostar, take a short drive down to the pretty little village of Blagaj, approximately 12km to the south-east of Mostar. At this village, you can view the famous tekija, or monastery, built while the country was under Ottoman rule. It is situated at the base of a cliff face over the Buna river. There is a small car park in the village and the Dervish monastery is just a short walk from here. Daily prayers and services are still undertaken here but it is also open to visitors for a small admission fee if you wish to take a look around yourself. Bear in mind that you would need to remove shoes before entering and ensure that you are suitably covered up. Outside, there a multiple shops and restaurants in the area so take a break and admire the beautiful scenery here before continuing your day in Bosnia and returning back to Dubrovnik. 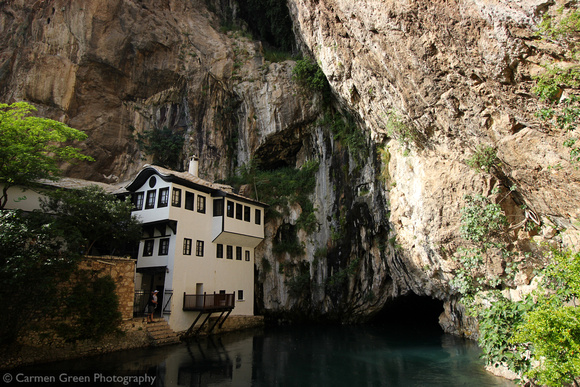 On your way back to Croatia, it is well worth taking a different route back and stopping by the spectacular Kravice waterfalls, just under an hours drive from Mostar. Situated amongst lush green vegetation with multiple cascades, this has to be one of the most scenic waterfalls I have ever seen. It is approximately 25 metres in height with 20 different falls and multiple viewpoints to admire its natural beauty from all angles. Park at the top and follow the trail down to the base of the falls. Be prepared to get a little damp here as there is a lot of spray right down the bottom. Then work you way back up to the top where I think you get the best overall view of this paradise amongst the forest. It is also possible to swim in the pools here, should you wish and you could easily spend several hours here. Visiting during the spring time is best (we went in June) when the leaves have all just appeared on the trees and there is a good amount of water cascading down the falls. Also, we visited late afternoon when most other tourists had been and gone so we could enjoy lovely unobstructed views of the waterfalls. 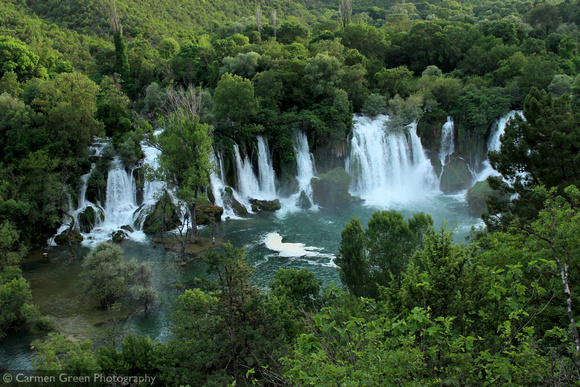 Finally, before returning back to Dubrovnik, end your day trip by watching the beautiful sunset over Svitavsko Lake, part of a complex of marshes and wetlands within Hutovo Blato Nature Reserve. This is said to be a haven for birds and I only wish that we had enough hours of the day left to explore this reserve during the day. Will definitely have to return to Bosnia in the future as there is this and so much more still to explore! 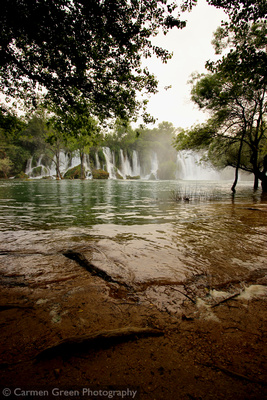 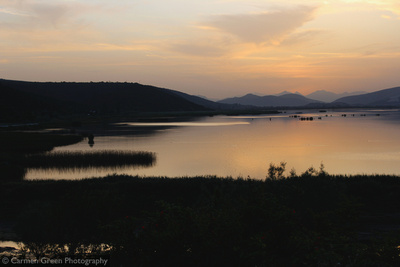