Our final stop on this years USA road trip as well as our road trip back in 2015 was San Francisco, home of the famous Golden Gate Bridge. There is a lot to see and do in this city but I have listed the main highlights below; the places that you really do not want to miss if you are visiting San Francisco.

You cannot visit San Francisco without stopping to admire one of the most internationally recognised symbols of California and the USA. This impressive suspension bridge, opened in 1937, was the tallest and longest bridge at the time and spans the Golden Gate, a one mile wide strait connecting San Francisco Bay and the Pacific Ocean. 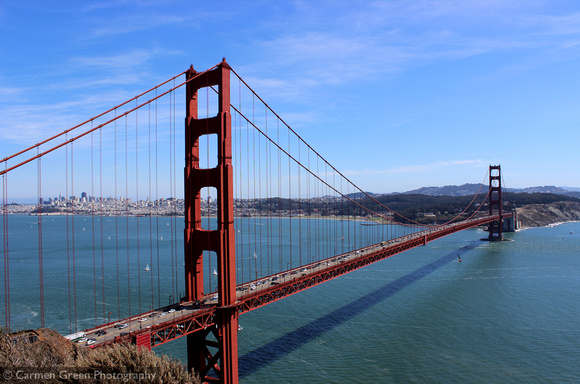 There are various viewpoints that enable you to observe the Golden Gate Bridge at all angles. My favourite spot (where the photo above was taken) is at Battery Spencer; where you can take in spectacular panoramic views of the bridge with the city of San Francisco in the background. Another good location is just to the north of the bridge, near the lonely soldier statue. Make sure you drive, walk or cycle across it to see the bridge from another perspective. At the end of the day, head down to Torpedo Wharf to watch the city of San Francisco glow as the sun sets behind the bridge. 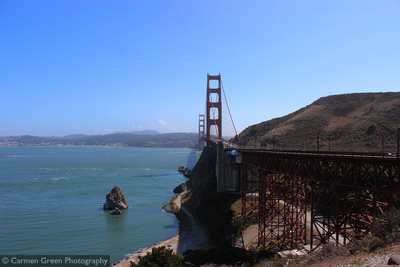 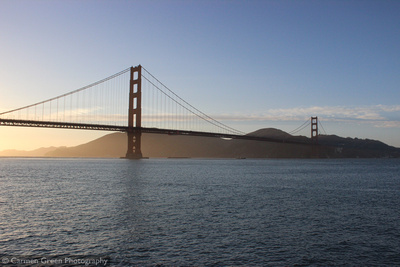 A must stop for anyone visiting San Francisco. The only way of visiting this intriguing island is through Alcatraz Cruises. Head over to Pier 33 to catch the boat across to this island of wonder, history and infamy. Ensure you book tickets well in advance; the first time we visited San Francisco, we thought purchasing tickets a week in advance would be fine, but we were wrong. All tickets had already sold out and we unfortunately had to miss out. However, we did not make the same mistake this time round and instead purchased our tickets several months in advance.

We got a day tour ticket to Alcatraz which includes a return ferry trip to the island and audio tour. Other tour options are also available on the website - you can even book a night tour if you're feeling brave! Once on the island, you are free to explore and stay as long as you like; I would recommend staying for at least 3 hours to take everything in. As if it wasn't exciting enough just to explore this former military fortification and prison that held notorious criminals such as Al Capone (Scarface), George "Machine Gun" Kelly and Robert Stroud (the Birdman), but the visit was further enhanced by their award-winning cellhouse audio tour. Simply grab a device, plug in the headphones and follow the audio guide, exploring the cellhouse at your own pace. It will guide you all around the prison, stopping at various points of interest along the way while you listen to stories of life inside which is narrated by both former inmates and correctional officers. It was fascinating to hear all about life on Alcatraz Island as well as the various escape attempts including the Battle of Alcatraz and the famous escape in June 1962 which was later made into a Clint Eastwood film. To this day, it is still unknown as to whether or not this escape attempt was a success since these prisoners were never seen again.

After exploring the cellhouse, there are various other landmarks on the island to view including the water tower, warden's house, lighthouse and guard tower. In addition, we also learnt about the importance of the island in the American Indian rights movement. Take notice of the abundance of nesting birds on the island including gulls, cormorants, night herons and egrets, as Alcatraz Island is now designated as a National Park and bird sanctuary. 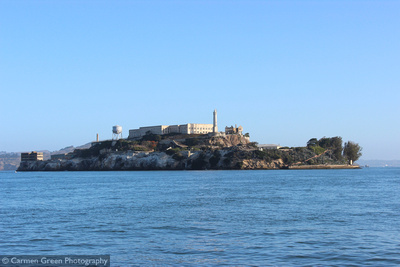 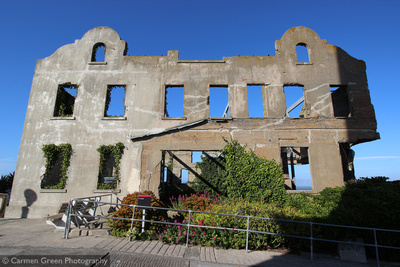 Make sure to stop by Pier 39 after your trip to Alcatraz for great food, shopping, entertainment and, most importantly, the famous California sea lions that took up residence on this pier in 1990 and have not left since. I personally could have spent all day watching these strange animals; while many of them were asleep, others were gracefully leaping in and out of the water, often clambering all over each other to find a space on the floating rafts. They really have no concept of personal space! They also make such a racket that you can hear them from the shore.

From the pier you will also get great views of the bay, Golden Gate Bridge, Angel Island State Park and Alcatraz. Just down the road from Pier 39, you can visit Fisherman's Wharf, another popular tourist destination with a huge choice of eateries. Stop by Boudin Bakery Cafe to try their delicious chilli bowl; hot chilli con carne topped with grated cheese and served within a sourdough bread bowl. Alternatively they serve clam chowder and soup within these bread bowls. Don't forget to actually eat the bread bowl once you have finished your meal within; we saw so many people just throw away their bread bowl when they had finished, but this is actually one of the best parts of the meal!

Whatever you are doing during your stay in San Francisco, do not leave until you have visited all of these places at the very least. If you have a bit more time in this city, there is also plenty more to do and I will be writing another blog post shortly on a number of other things you can see and do in this great place so keep an eye out for that. Otherwise, have a fantastic trip and I hope you enjoy San Francisco as much as we did!