Renowned for being the hottest, driest and lowest place in northern America, Death Valley National Park is another must-stop destination for all USA road trips.

Located in eastern California, a couple of hours drive from Las Vegas, this National Park is a land of extremes that offers beautiful viewpoints and unique landscapes that include towering mountain peaks, pristine sandy dunes and vast salt flats. Also, for any Star Wars fans out there, Death Valley has featured in this film franchise on numerous occasions.

A day in Death Valley

Start the day off in Furnace Creek where you will find the visitor centre that provides an informative overview of Death Valley National Park. Bear in mind that Furnace Creek and Stovepipe Wells (approximately 30 minutes drive from Furnace Creek) are the few places within the park where you can buy food, water and fuel (this is considerably more expensive than outside of the park so it is advised that you fill up before you go) and both places have several options for accommodation.

A great way to start exploring Death Valley is to drive up to Dante's View, one of the most photographic spots there. Along the crest of the Black Mountains, this viewpoint provides an excellent panoramic view of the whole National Park. Also, at a height of almost 1,700m, it is much cooler here than in the rest of the National Park making it worth the drive up there. Despite the barren landscape, a number of plants and animals call Death Valley their home and Dante's View was dotted with several flowering plants that have adapted to survive in a land of such extremes. 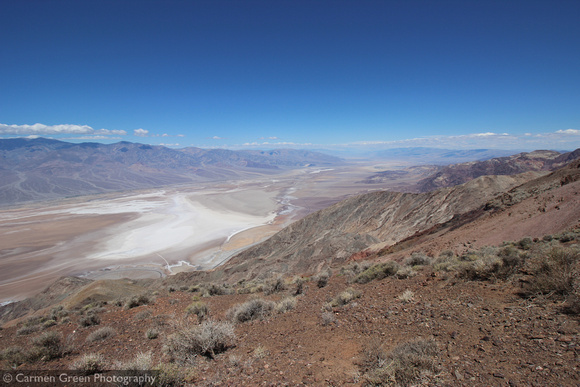 Next, head back down towards Furnace Creek and take the turning for Badwater Basin. At an elevation of 282ft below sea level, Badwater Basin is the lowest point in northern America. Here, you can wander right out into the salt flats that was once a shallow lake during the Pleistocene epoch. Make sure to apply plenty of suncream and bring lots of water and sunglasses as there is no shade and the white salt flats are very bright to look at. 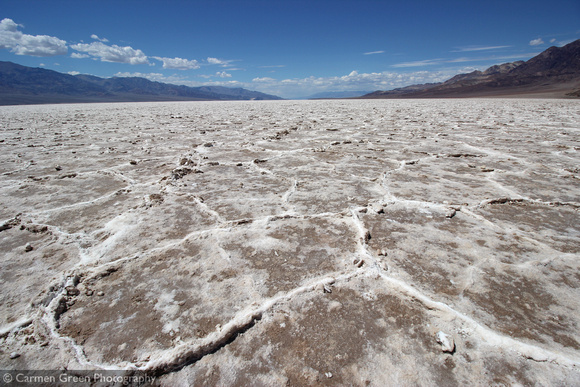 On route to Badwater Basin, make sure to stop at the Devil's Golf Course, so named because only a devil could play golf on such a surface. It really is a hostile environment, created from jagged salt formations but is truly unique. Take care when walking along this uneven terrain as the rocks are very sharp. 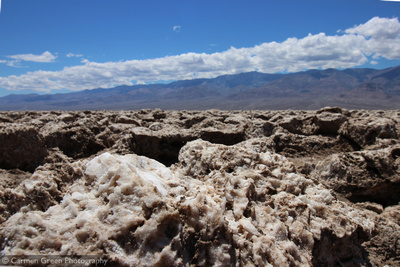 Before you leave Death Valley, don't forget to visit Mesquite Flat Sand Dunes; beautiful rippled dunes that seem to have randomly appeared in the middle of the otherwise rocky, mountainous landscape. These dunes are constantly being sculpted by the winds; footprints soon disappear and no two visits there will look the same. There are no marked trails as a consequence so you are free to explore as much or as little as you want. It was here that the scene showing C3P0 and R2D2 lost in the sand dunes of Tatooine was filmed. 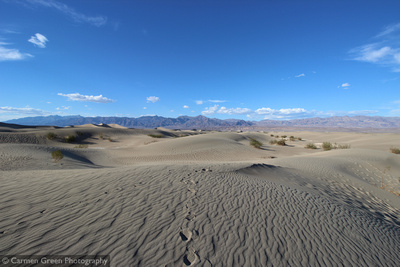 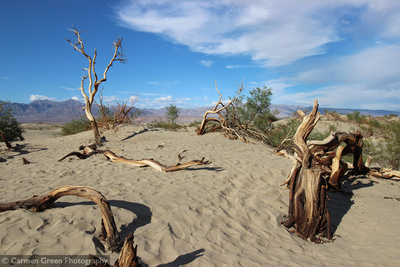 These are the major highlights of the National Park, however, there are many other places that you can stop off at if you have the time including: Zabriskie Point, Racetrack Playa, Scotty's Castle and Artists Drive (another Star Wars filming location). There is plenty to do in a day here but ideally, in order to fully explore this amazing National Park, you should spend several days at Death Valley if you have the time (and don't mind the heat too much)!