The Pacific Coast Highway is, without doubt, one of the most scenic drives I have ever been on. We began our drive at Los Angeles (although the road officially begins in San Diego) and followed the route right to the end, finishing in San Francisco. It stretches approximately 600miles along the stunning Californian coastline and passes towering mountains, beautiful beaches and dense, green forests. While we completed this drive in two days, it would be possible to do it in a single day. However, I would highly recommend spending more time to fully enjoy and experience all the fantastic sights the route has to offer. I would certainly love to return again one day, perhaps doing the route in reverse and spending more time at each of the places along the way, some of which are detailed below.

While Santa Barbara was only a quick lunch stop for us, you could easily spend much more time in this scenic coastal city. Referred to as the America Riviera, this small city lies between the Pacific Coast and the Santa Ynez Mountains, offering stunning views. There is something for everyone here: hiking trails, water sports, beaches, culture and a buzzing nightlife.

If you love watching the sun go down, make sure you time your trip well so that you can spend one evening watching the sunset at Pismo Beach. With stunning colours in the sky, impressive cloud formations and majestic brown pelicans soaring over the ocean like the Pterodactyls of Jurassic Park, it was probably one of the most beautiful and unforgettable sunsets I have ever seen.

Located roughly halfway between Los Angeles and San Francisco, Pismo Beach is the only stretch of coastline in central California where vehicles are permitted. Enter through the main entrance at Oceano Beach then feel free to explore the beach by car. You are also able to hire ATVs and dune buggys or go horse riding for a different experience. The beach is fairly flat and easy to drive on so a 4x4 isn't essential but may be preferable. Find a peaceful spot then sit back, relax and watch as the sun goes down. 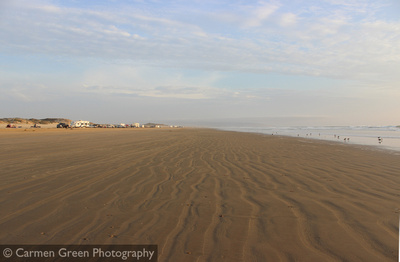 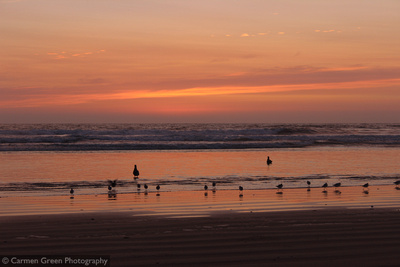 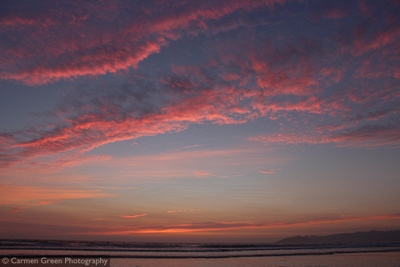 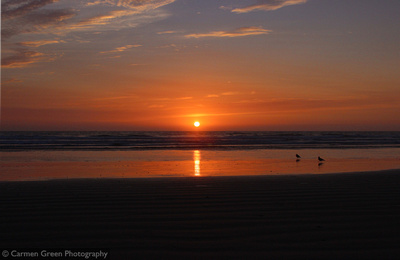 A coastal city known for Morro Rock, a large volcanic mound at the end of Morro Bay beach, is a place not to be missed on your drive along the Pacific Coast Highway. It is particularly good for birdwatching; it is an important stopover point for a number of waterbirds during the winter and Morro Rock itself supports breeding peregrine falcon which we were fortunate enough to see perching on the rocks. In addition, we saw various waterfowl, namely brown pelican, snowy egret, cormorants, western gull and Heermann's gull. A small group of adorable sea otters were also floating about in the harbour and are frequently seen from Coleman Drive. 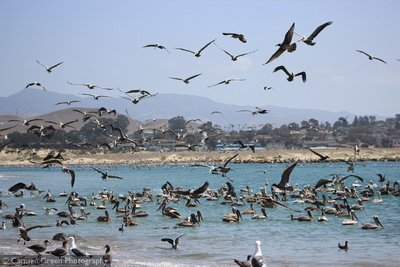 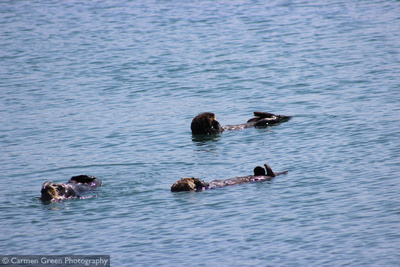 Located at the top of a hill approximately 1,600ft above sea level lies the 20th Century mansion of Hearst Castle. It is a National Historic Landmark and California Historical Landmark and there are a range of tours available for visitors to attend. The "Grand Room Tour" is recommended for first-time visitors and gives a good overview of Hearst Castle. Unfortunately we didn't have time to take a look around the estate but just drove to the top of the hill to take a quick look at the buildings and the view before continuing our journey.

Just 5 miles down the road from Hearst Castle, be sure to make a stop at the elephant seal vista point to observe the colony of Northern elephant seals that live there. The viewing area is open all year round and gives you great views of these impressive animals. The huge males in particular are unmistakable with their large noses, giving the seals their name. They are the largest seals in the northern hemisphere and second largest species in the world (after the Southern elephant seal). They tend to come ashore twice a year; during the winter months to give birth to their pups and mate then again in late spring to early summer to moult and develop new fur. Numbers peak in October and November and the rest of their year is spent at sea in search of food. 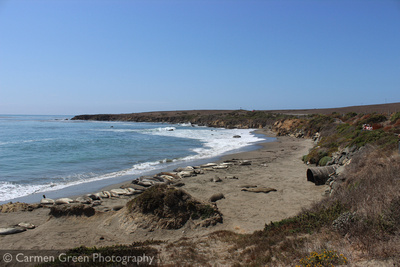 Group of Elephant Seals along the Pacific Coast Highway, California 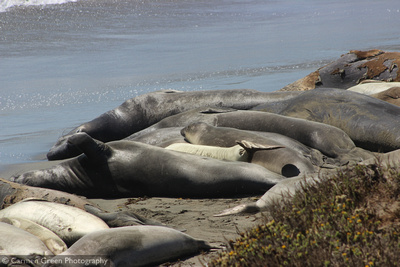 A long and beautiful stretch of undeveloped coastline, this section of the Pacific Coast Highway is considered one of the most scenic routes in America and a highly-ranked destination. Along this narrow, twisting road you will find plenty of photo opportunities; multiple laybys along the way allow you to stop and jump out pretty much whenever you want. A popular stop is Hurricane Point view where you can get great views of the Bixby Creek Bridge (pictured below). 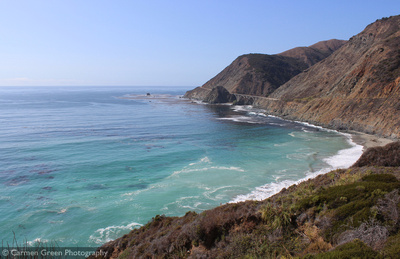 Whether you are travelling from San Diego to San Francisco or San Francisco to San Diego, you will surely have an amazing and forgettable journey along the Pacific Coast Highway and return home with an abundance of stunning photos. I am sure that, like us, you will be wanting to return again one day!